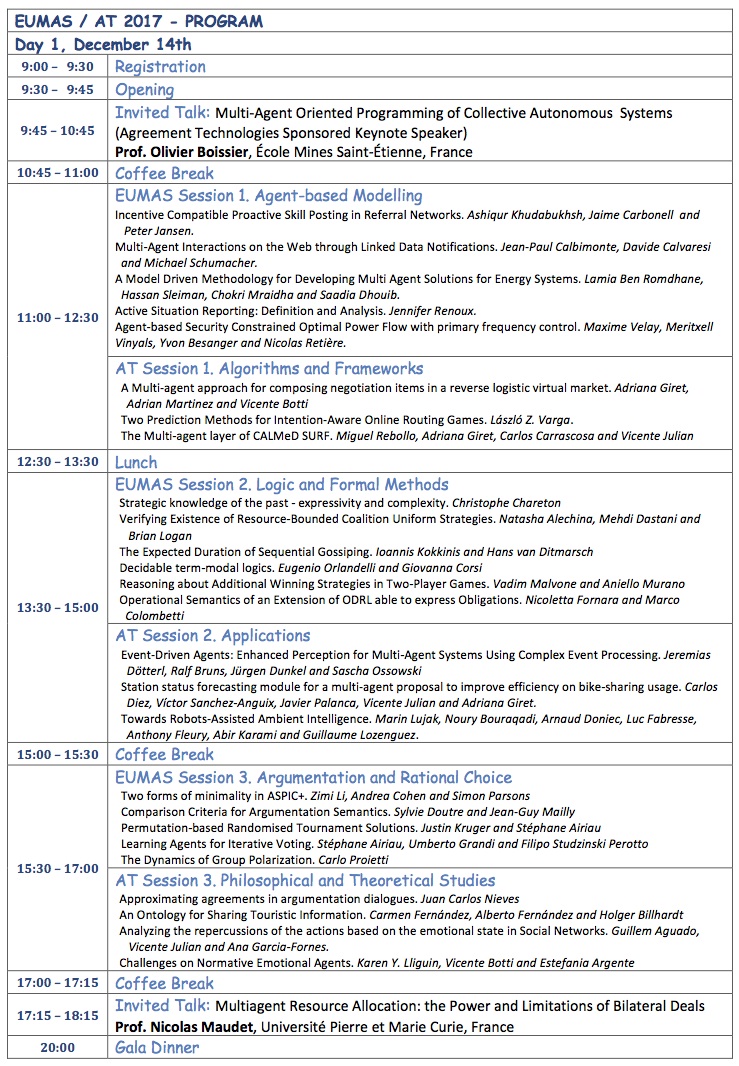 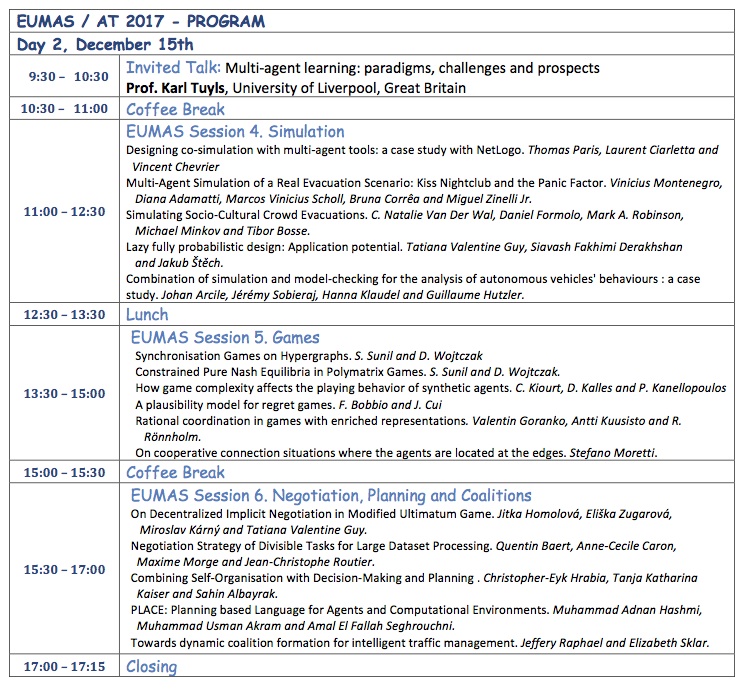 Keynote speaker of AT 2017 is Professor Olivier Boissier, Computer Science at Mines Saint-Etienne, School of the Institut Mines Telecom, France.

Abstract: Research on Multi-Agent Systems (MAS) has led to the development of several models, languages, and technologies for programming not only agents, but also their interaction, the application environment where they are situated, as well as the organisation in which they participate. Research on those topics moved from Agent-Oriented Programming towards Multi-Agent Oriented Programming (MAOP). A MAS program is then designed and developed using a structured set of concepts and associated first-class design and programming abstractions that go beyond the concepts normally associated with agents. They include those related to environment, interaction, organisation, and so forth. JaCaMo is a platform for MAOP built on top of three seamlessly integrated dimensions (i.e. structured sets of concepts and associated execution platforms): for programming BDI agents, their artifact-based environments, and their normative organisations. The key purpose of JaCaMo is to support programmers in exploring the synergy between these dimensions, providing a comprehensive and clear programming model, as well as a corresponding platform for developing and running collective autonomous systems. This talk will provide a short overview of MAOP based on the use of JaCaMo and on the different applications built using it.